In some circles divorce is associated with all things evil and thought of only as sinful. And it only follows that if you happen to be divorced, or experienced it indirectly, you're painted with the same brush. You're tainted! Not always with the evil of divorce but definitely with the damage. I've never heard tainted expressed audibly but condescending mannerisms have a way of saying what words never could. Of course, those who think divorce is evil/sinful/only-wrong, must work hard to prove their point and one category of individual featured in the debate often are children. The argument is simple. Children suffer irreparably in a divorce!" And the logic is obvious. If divorce is only evil and the outcome is always damaging to children, then it only follows that not getting a divorce is the best way to safeguard kids. That is nonsense, of course, but it makes a great emotional argument. Who in their right mind would do anything to hurt a child. We could throw mud back and forth arguing the point, without resolution, but maybe the best way to pursue the answer is let the kids speak. Specifically the kids who live in a divorced situation. One child you should listen to first is Azka Corbuzier whose parents divorced when he was six. He is almost nine now and just posted a YouTube video about his experience. Out of the mouths of babes! Azka's video illustrates the truth that divorce doesn't have to be negative for the partners, and in some cases can be positive for the kids. When you target children as the reason not to get divorced, you are suggesting they may be the reason for it, at least in their minds. THINK!AboutIt Thanks to Vardags Blog for sharing the video. I might not have seen it otherwise. … END_OF_DOCUMENT_TOKEN_TO_BE_REPLACED

Should Marriage Be Protected If It Isn't Protective The practice of arranging marriages, in which parents play a prominent role in selecting partners for their children, has been around for a long time. In fact, you could make an argument that the first marriage, Adam to Even, was arranged. Everything was decided for them: the date, the ceremony details, the venue, the decor and even the dress :). Maybe their example started the trend because it really became popular afterward and hung on for a long time. … END_OF_DOCUMENT_TOKEN_TO_BE_REPLACED

Though it is offensive the following video portrays the kind of attitude people have about the marriage ceremony. I take issue with the attitude. Yes, Marriage is great, and it's been popular since the beginning of human history, but the ceremony is a relatively recent invention. Not the celebration of the marriage but the ceremony, the part where vows are exchanged. Marriages were contracted in antiquity by the parents. When the bride and groom united officially it was accompanied by festivity not solemn ceremonies and demanding vows. … END_OF_DOCUMENT_TOKEN_TO_BE_REPLACED 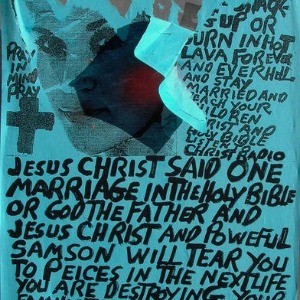 Interpretation Should Be LiteralNot Absolute Over at Christian Forums a user going by the name of Dogboy122 posted a request for help. His mother had divorced an abusive and selfish husband eleven years previously and learned after the fact, only recently, that Christianity doesn't allow divorce. He didn't share any of the penalties she may have been threatened with as a result but you can imagine. He made it clear, almost defensively, that she had no intention of getting remarried but he was still bothered that she would be considered sinful - "tainted" - even for what most consider a justifiable divorce. In fact, he said his interest in Christianity would suffer if there was no forgiveness for divorce. And what do you think he got in response to this heartfelt plea? He got the same adamant, traditional, not to mention inflexible, Christian responses on divorce/remarriage, all involving absolute interpretations of pointed remarks by Jesus, broadly applied with no variation allowed, to any and every marriage situation. The kind of interpretations that have been popular for centuries. There isn't enough room here to share and answer every argument raised nor is that my intention since I've answered them in my book but I point this out because it demonstrates once again just how stubborn religious tradition can be. Don't buy it! Divorce may be sad but that doesn't make it sinful. Photo credit: thefuturistics / Foter / CC BY-NC … END_OF_DOCUMENT_TOKEN_TO_BE_REPLACED 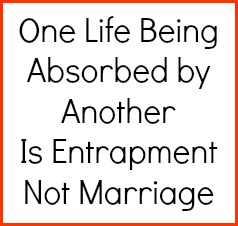 Relationships Pressured By Changes In Marriage Model Is it true that seniors are divorcing in greater numbers these days, even after 40 years of marriage? That is the question many are asking and Press-Telegram helped clear the air by answering with a definite "Yes!" The article also revealed some interesting information and stats to prove it. Divorce among senior citizens is now a category on its own and is referred to as "gray divorce." Studies focusing on this category were prompted when Al and Tipper Gore divorced after 4 decades of marriage. The studies were conducted by two sociologists from the Bowling Green State University, Susan L. Brown and I-Fen Lin. What they found was: … END_OF_DOCUMENT_TOKEN_TO_BE_REPLACED